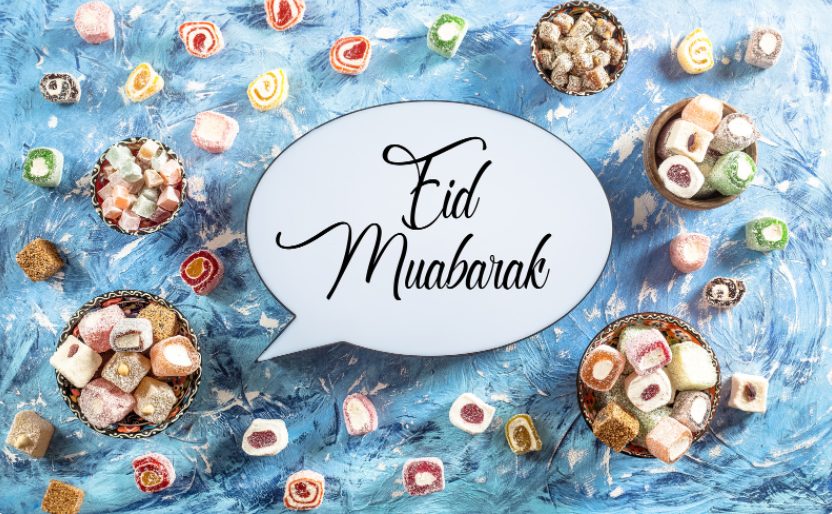 Within the Islamic calendar, there are two distinct Eid festivals, each commemorating a different event; Eid ul-Fitr and Eid ul-Adha are the names of these two feasts. The completion of Ramadan and the beginning of Shawwal, the 10th month of the Islamic calendar, are marked by Eid ul-Fitr – a three-day festival that commemorates the end of the fast. The Hajj pilgrimage and Qurbani in Dhul Hijjah are followed by Eid ul-Adha. It occurs on the tenth day of the 12th month.

What Does Eid ul-Fitr Mean?

So, what exactly is Eid? Eid means “holiday of breaking the fast,” and it marks the end of Ramadan’s month-long fast. This event is fundamental for Muslims in the UK and around the world, as it allows families to come together and participate in the festivities. The celebration allows Muslims to reward themselves with what they previously gave up, in the sake of their faith, after a month of abstinence and devotion to Allah.

The Holy Qur’an was first presented to Prophet Mohammad during the month of Ramadan. Muslims will fast during daylight hours and engage in a lot of self-reflection throughout Ramadan. They will also devote a significant amount of time to studying the Qur’an in order to strengthen their spiritual ties with Allah.

With the arrival of Eid ul-Fitr, this month of devotion and meditation comes to a close, allowing loved ones to come together and acknowledge their blessings.

How is Eid Celebrated?

Ahead of the festivities taking place, many rituals need to be followed so that Allah is properly thanked.

Fajr refers to morning prayers, which should be performed with your family before the ‘ghusl‘ purification, which purifies your complete body. After the ablution (washing) has taken place, the day’s preparations can begin, which include wearing your nicest or best clothing and visiting the Mosque.

Eid Mubarak, which translates to “blessed festival/feast” is the customary Eid greeting; however, it can also mean “Happy Eid” or “Blessed festivity.” Eid prayers begin after greetings have been exchanged and a charitable payment has been provided, known as Zakat ul-Fitr, or Fitrana, which is donated to the poor in order for them to participate in the festivities.

As well as the universal traditions, there are some more quirky ones in different countries. One of these is in Afghanistan, where a popular Eid activity is to paint hard-boiled eggs and have a food fight with them, in what is known as Tokhm-Jangi. Everyone gets involved, and the aim is to break your opponent’s egg while keeping yours intact.

Celebrating Eid around the world

A large component of Eid is the exchange of gifts among close family members and youngsters, as well as the provision of sweet food. As a result, this is known as the “Sweet Eid” or “Lesser Eid”, since it is believed to be less important in the Islamic calendar than Eid ul-Adha, and different countries around the world have different favourites.

Turkey – classic Turkish sweets such as Baklava and Turkish delight are given to friends, family and neighbours as a present during Eid, or Seker Bayrami as it is commonly known in the country.

Iraq and Saudi Arabia – the eating of dates is a very important part of both Ramadan and Eid, as they are a popular snack eaten at the pre-dawn meal before the fast (called the Suhoor). In these two countries though, they are of particular significance – lots of people will bake Kleichas, which are rose-flavoured biscuits that contain a filling of nuts and dates. Both Iraq and Saudi Arabia consider them to be their national cookie.

As for the savoury offering, in China, You Xiang (flour, water and yeast patties fried in oil) are either given as a gift or eaten as part of the Eid feast. In Bangladesh, Korma is traditionally eaten, as well as various savoury pittas that are shared with family and friends.

To help raise awareness of Eid, we have delivered Date Cookies – occasionally referred to as Eid Cookies – to all of our nurseries for our nursery teams to share.

Sorry, there are no related posts at the moment.