Our colleagues are like family, which is why we have put a number of activities in place to ensure our colleagues are recognised and appreciated. Have a look below to see what we do to celebrate our staff… 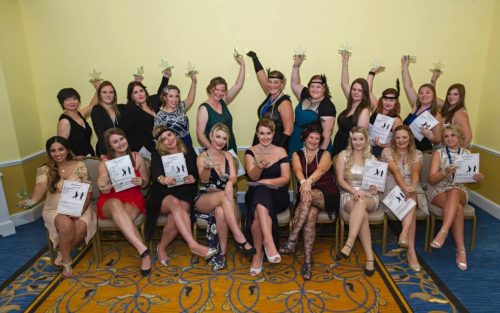 Every year the company hosts a night to celebrate and thank colleagues who have gone above and beyond the call of duty – ABCD Awards night. Every colleague is invited to the evening with the option of purchasing a plus 1 ticket to the event. Prior to the evening every setting is given the opportunity to nominate a fellow colleague who they feel has gone above and beyond and deserves to win their settings ABCD award. The person with the most nominations overall will be presented with a branded certificate and an engraved award. The whole evening is a wonderful opportunity to meet fellow colleagues, celebrate and have a great party! 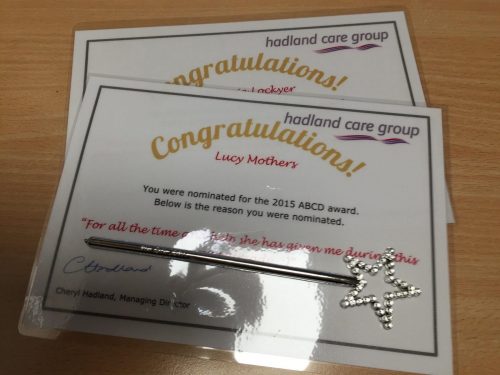 JWD (Job Well Done)-  You can be nominated for a JWD award by other colleagues. This award is for colleagues who has completed a job or task that deserves recognition in the form of a thank you for a job well done. A JWD is worth 1 point and is added to your eyMan account. The report is checked each month and when you have reached 5 points you will receive a £5 Amazon voucher via email. As well as earning points, colleagues will also receive a certificate to recognise their achievement.

ABCD Award- This award is for colleagues who have gone above and beyond call of duty in their role which deserves high recognition than a JWD. Colleagues will also receive a certificate stating reasons why they have deserved this award. Each ABCD is worth 2 points and the points for the awards attached will be added to your eyMan account by a member of the team. We check the points report monthly and when you have received 5 points you will receive a £5 Amazon voucher.

There are also awards for 100% attendance at work presented once a year. 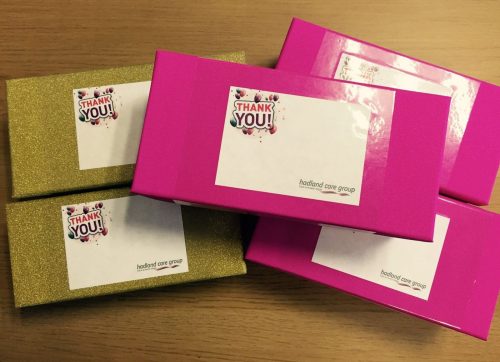 Every month we run  Thank you Thursday on our closed Facebook page, search on Facebook for us at: “Tops and Aspire Colleagues Group”